Getting married in the middle of winter is already special, but if we add to this getting married on February 29, makes it much more special, will you celebrate your anniversary every 4 years? February 28 or March 1?, heh je je

Both Susana and Nacho decided to prepare in their respective family homes, both very close to the Parroquia San Manuel and San Benito, located in front of the beautiful Retiro Park in Madrid.

The bride's dress, with an impressive cape is the work of Laura Monge and the groom's suit was the work of Roberto Vicentti, both of them fit like a glove.

The bridal's shoes, the work of Tiffany, made entirely by hand provided a touch of color to match Susana's bouquet made by Moonflower for the occasion, as well as all the floral decoration of the wedding.

We have to recognize that the ceremony, despite being for the church, was more emotional than usual, in fact Nacho did not lose his smile at any time.

At the exit we decided to take a few photos, given the proximity of the door of Alcalá, where the bride and groom wanted to take some photos, which were beautiful, one of the specialties of Booda Studios.

Just 100 meters separated us from the place of the celebration, the emblematic Casino de Madrid, more than 100 years of history contemplate it and as a star its beautiful internal staircase where all the guests want to take a photo.

The catering is a thing of the casino itself, but there were many details, some solidary by the hand of Delwende, dessert tables by the hand of Mon Petit Gâteau and giant letters by Letras XXL, which filled the space of the dance.

The truth is that taking wedding photos, couple photos and group photos at the Casino de Madrid is a joy, because it has dozens of incredible corners, some of them you can see in our wedding photo gallery.

For winter lovers, getting married at the Casino de Madrid is a success. 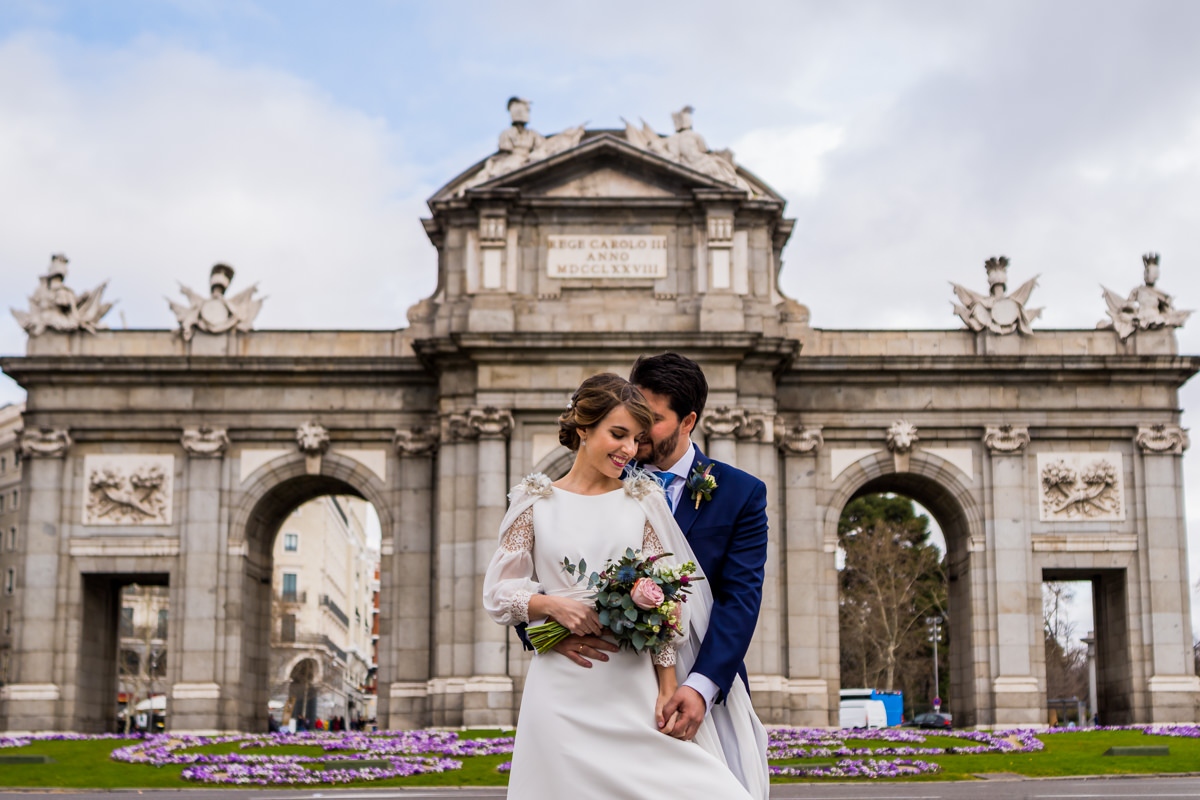 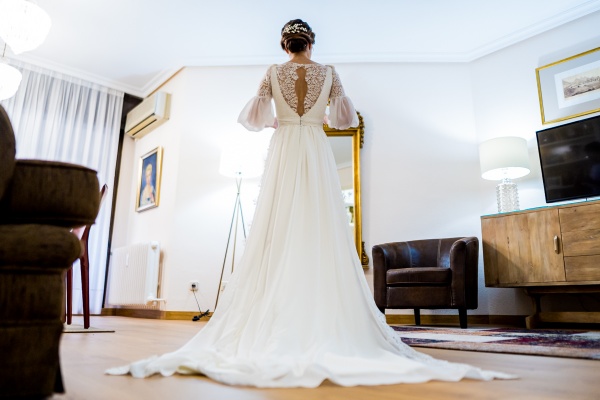 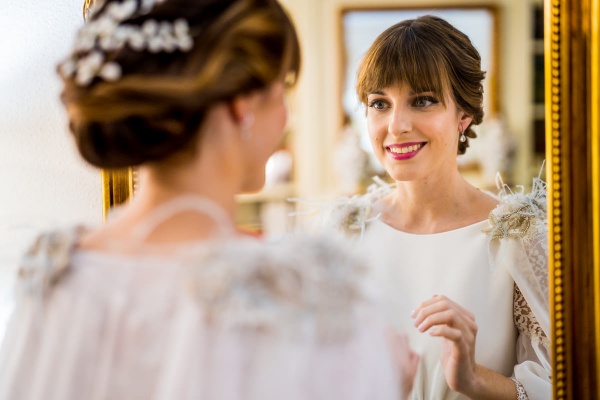 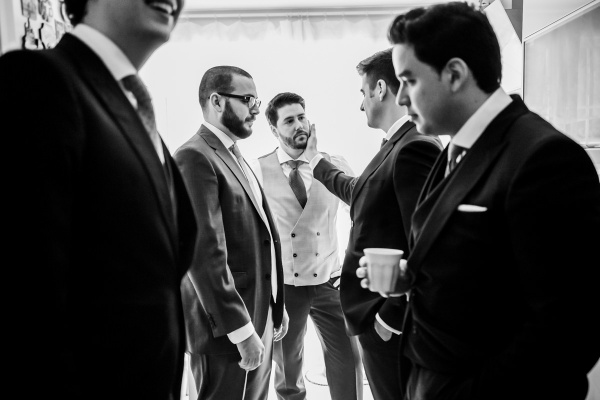 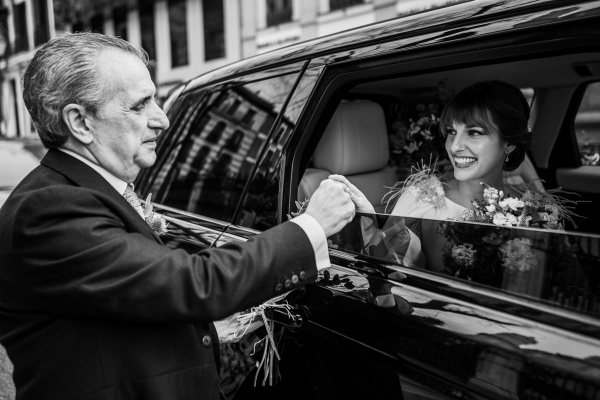 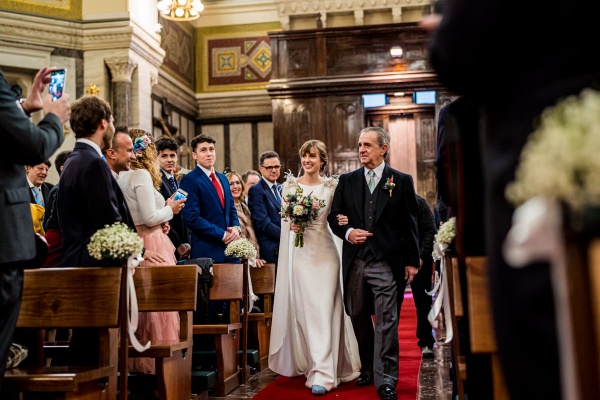 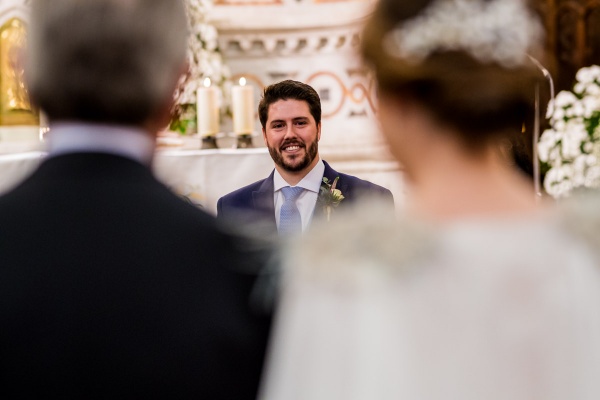 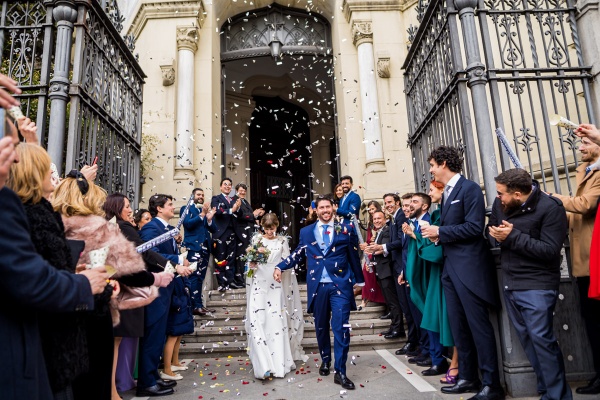 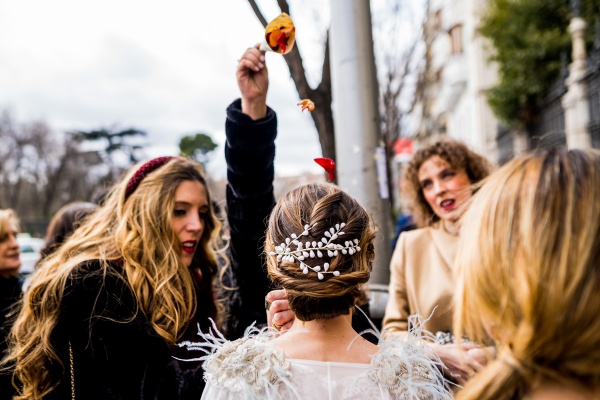 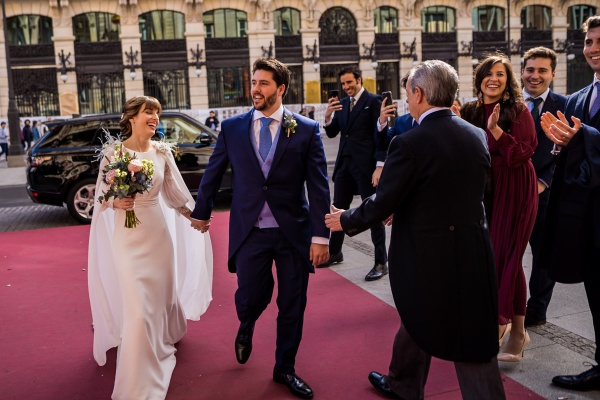 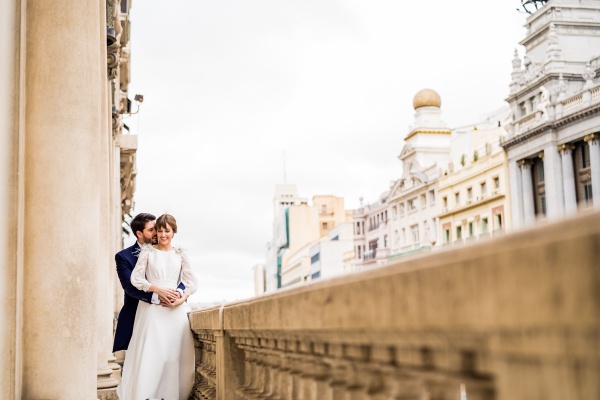 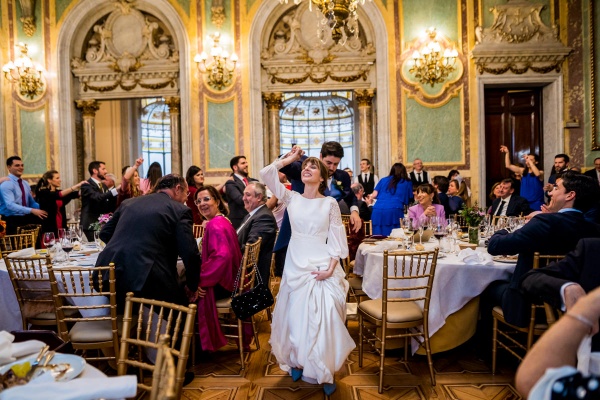