Wedding in the Plaza Mayor: Carmen and Jose
Español

Wedding in the Plaza Mayor: Carmen and Jose

Get married in an intimate, emotional and fun way. I say YES.

Who said that a wedding in the middle of a pandemic could not be emotional?

I suppose that many couples have their reluctance to celebrate their wedding in the current conditions, specifically on March 13, 2021.

It is understandable, we all have idealized how we want our wedding day to be, and the restrictions caused by this pandemic do not make it easy for us, which is understandable on the other hand.

But what is a wedding? The meaning given by the dictionary is:

That said, what Carmen and Jose wanted was exactly that, to celebrate their marriage above all else. And this is possible to do with 300 guests or with only 16 people, including the bride and groom, as was the case that I am talking about today.

Well, I anticipate that this wedding has had everything that a wedding is supposed to have: nerves, tears of emotion, laughter, fun and a lot of love.

Can you ask for more? Well, there was more. There was a fantastic dress by Rosa Clará, some beautiful shoes by Lodi, a tailor-made suit by D' etiqueta, a very professional makeup by Desmark-arte, some wonderful flowers by Ulilove, an incredible cake by elhornodePaola, and all under the incomparable setting offered by Madrid's Plaza Mayor.

Well, they also had some great photos, of a very nice guy hehe, a server, Carlos Cobo of Booda Studios

But most importantly, Carmen and José celebrated their marriage union with the most important people in their lives, their family.

The bride and groom chose to prepare a hotel whose balconies overlook the very Plaza Mayor, completely new, by the way, the Pestana Plaza Mayor.

They also decided to see each other before the ceremony, or what they now call some First Looks.

And finally, the ceremony

The ceremony was in the well-known Casa de la Panadería, which takes its name from the first use that was made of the basements of this building in the Plaza Mayor, or as it was called before, a Tahona.

As you can see from these photos, and except for the happy masks, which I hope will soon disappear from our weddings in particular and from our lives in general, the ceremony was very emotional.

It's time for family photos and those of the bride and groom.

As it was soon we took a family photo with the Plaza Mayor as a witness.

At the end of the relatives went to the banquet, which was held at the Café de Oriente, a mythical place where there are in Madrid. With the Royal Palace in front of them, and the Royal Theater on their right, it is the most picturesque for relatives who came from different parts of the Peninsula.

Some other wedding report I have made for this emblematic area of Madrid, but all in the end are different. In this case we also have the typical applause and cheers of people when they see a couple.

The banquet: emotional and fun

Well, the fact of being few did not detract from an iota of fun and added a plus of emotion, which reached its peak when Carmen made the first toast, and, later, when she delivered the 3 mini-bouquets of which her beautiful bouquet of Ulilove was composed.

They ended up cutting a personalized cake for them by elhornodePaola and with a wedding dance in which the occasional "mini guest" slipped in. 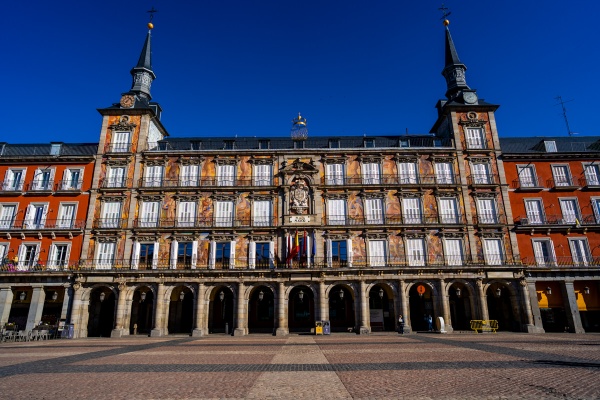 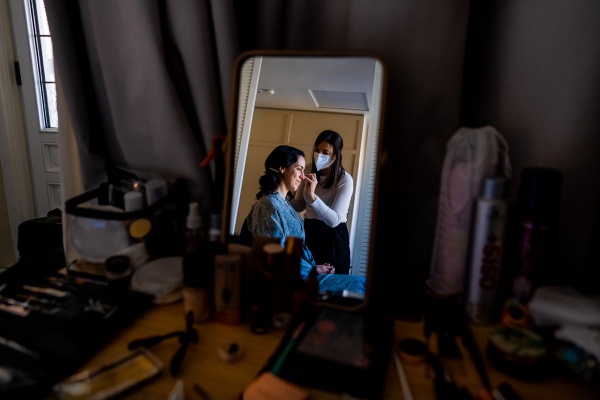 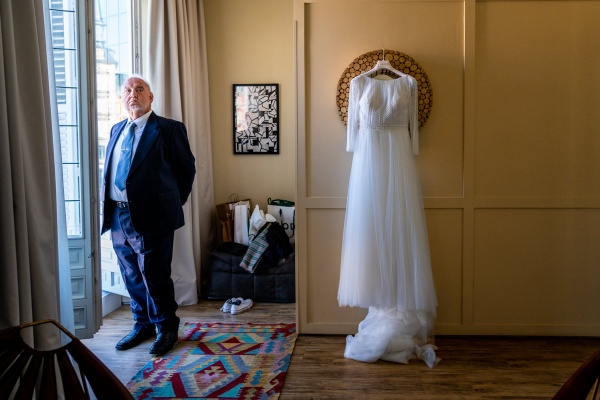 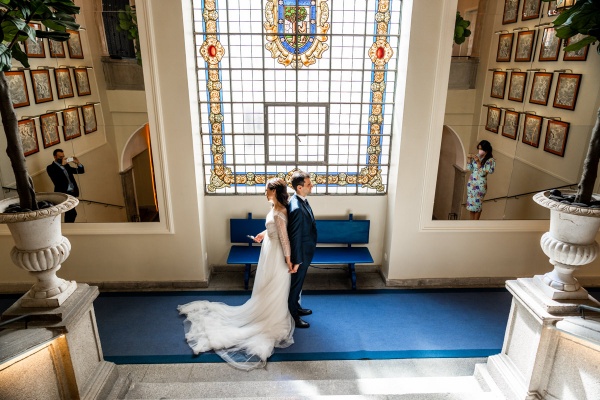 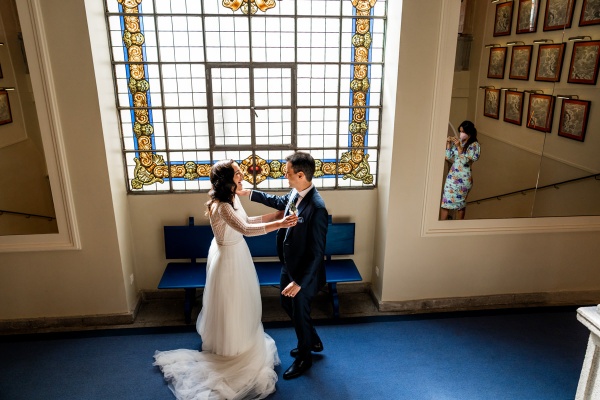 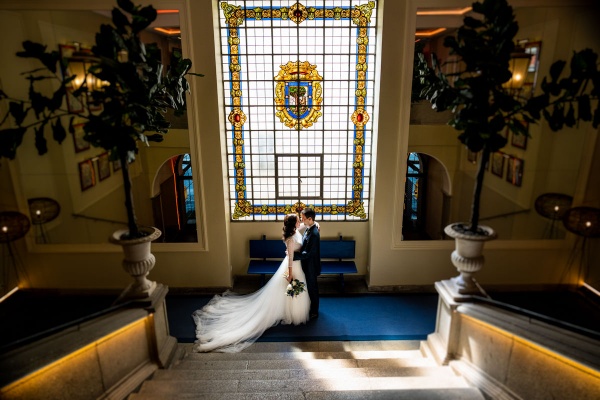 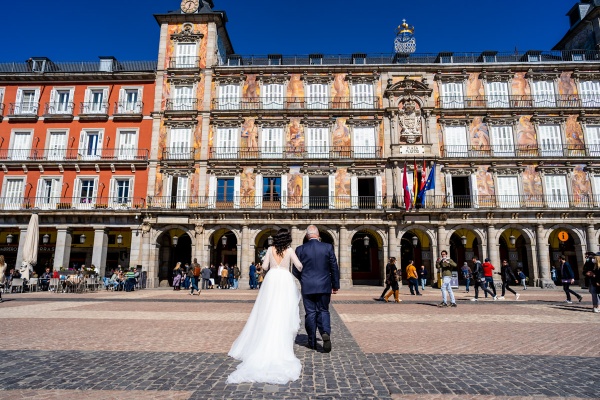 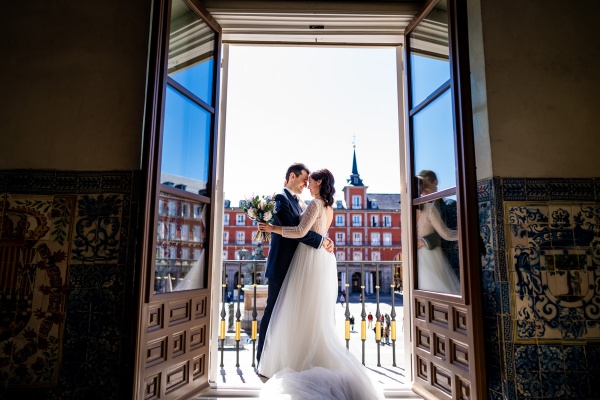 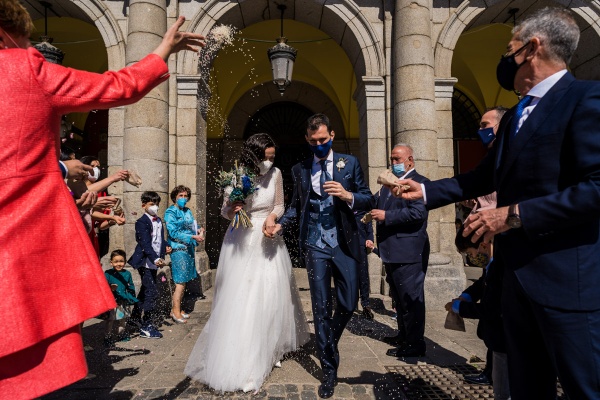 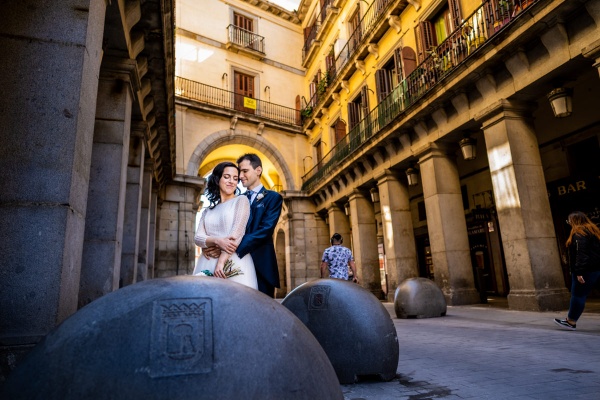 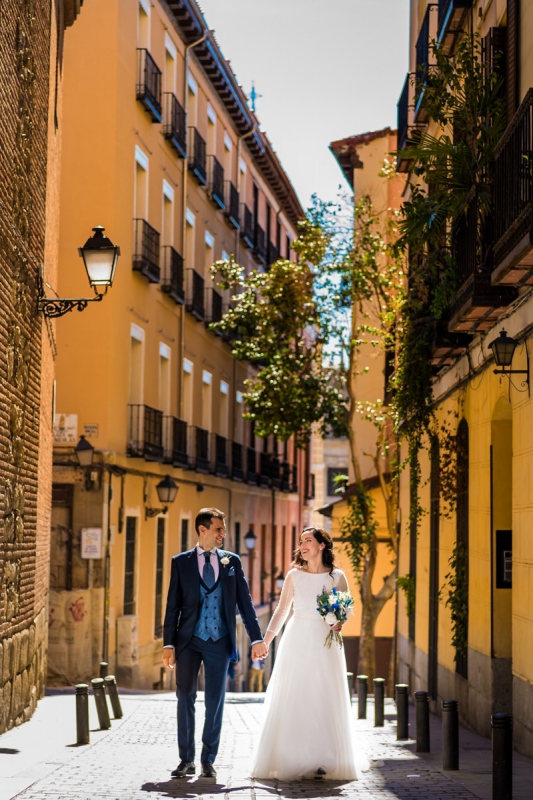